Decision comes 1.5 years after police received tip regarding Yehuda Meshi-Zahav, but chose to investigate who was behind letter rather than probe alleged abuser

Police on Sunday opened an investigation into allegations of sex abuse made against Yehuda Meshi-Zahav, the co-founder of the ZAKA volunteer emergency group.

Meshi-Zahav was initially accused Thursday of sexual assault, rape, and abuse of six people in a report by the Haaretz daily. The allegations against Meshi-Zahav were made by both men and women, some of whom were minors at the time of the alleged events. Over a dozen testimonies have since emerged, TV reports said, though it remains unclear how many are within the statute of limitations.

Meshi-Zahav is a prominent figure in the ultra-Orthodox community, with ZAKA a major part of Israel’s emergency response services at home and abroad. Earlier this month, he was announced as a winner of the prestigious Israel Prize, but by Friday said he was giving up the award and temporarily stepping down as ZAKA head.

Police on Friday began reviewing the testimony of the alleged victims from the media reports, which ultimately led to Sunday’s decision to officially open an investigation. However, no complaint has officially been filed since the report, according to Channel 12.

One woman came forward several years ago with allegations of sexual abuse against Meshi-Zahav only to later decline to testify against the powerful ZAKA head, leading to the closing of the initial probe against him. Police are now working to convince the woman to testify once again, Channel 12 said. A male victim within the statute of limitations has also been identified and police are working to bring him in to testify, according to Channel 13.

The Magen nonprofit that works to support survivors of sexual abuse and helped uncover the story told the network that police have yet to reach out in order to gather evidence. However, it said it was ready to pass along all the information it has against Meshi-Zahav.

Police officials told Channel 12 there was a significant gap between the testimony given to reporters and what has been gathered by investigators thus far. Therefore, the investigation is likely to take some time.

In an additional jarring report, Channel 13 said that an anonymous complainant penned a letter to then-interim police chief Motti Cohen a year and a half ago, alerting him to Meshi-Zahav’s dangerous past, as police were getting ready to take part in a major event celebrating 30 years since the founding of ZAKA. 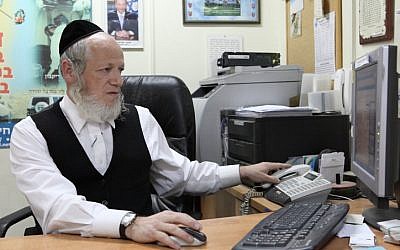 “For years, we have been seeking to bring onto the public agenda Mr. Meshi-Zahav’s sexual abuse of women… We know that police officers are invited to events with him and he flaps his peacock feathers, when behind them is a dangerous man with unparalleled power, who has yet to be extensively investigated for harming women,” the letter read.

The letter led to an investigation, but not of Meshi-Zahav; rather of the complainants for slandering the public figure. Suspects were even questioned under caution, but the probe never moved forward, Channel 13 reported.

The news site also said that Meshi-Zahav had a long history of close contact with senior police officials and even was paid to give presentations at training courses about ZAKA’s work.

The investigation began Sunday as more light was shed on claims that Meshi-Zahav’s behavior was known for years within the ultra-Orthodox community, but a code of silence was maintained.

Shana Aaronson, director-general of Magen, told Army Radio on Sunday that her organization first heard rumors about Meshi-Zahav a few years ago, but “there was no one who was prepared to speak up about what happened. Just a few months ago, we began to get specific testimonies.”

Of the six allegations reported by Haaretz, the earliest is from 1983, and the latest from 2011. The report added that many residents of several ultra-Orthodox neighborhoods in Jerusalem knew of Meshi-Zahav’s actions but did not say anything or report him to authorities.

One victim said Meshi-Zahav repeatedly abused him when he was a teen, only realizing years later he was his “escort, a prostitute in the full sense of the word,” he told Haaretz.

Meshi-Zahav made headlines in January when his parents both died of COVID-19 within days of each other and less than a month after his younger brother died of a different cause.

He was a vocal critic of some of the ultra-Orthodox leadership during the pandemic, including in an October interview with The Times of Israel, as some prominent community figures downplayed the virus.