Demonstrators march across the country to denounce a security bill critics say will restrict the filming of police.

Tens of thousands of protesters marched across France to denounce a security bill that would restrict the filming of police and posting of images on social media, something critics say would impact the ability to document cases of police brutality.

Protesters are also against the use of ramped-up surveillance tools such as drones and pedestrian cameras.

Thousands marched in Paris and cities across France on Saturday, estimates of the turnout varying widely between the authorities and activists. Police put the total turnout across the country at 34,000, while organisers insisted it was closer to 200,000.

In Paris, marchers came out despite a rare snowfall, carrying banners with slogans such as “Police everywhere, justice nowhere”, and “State of emergency, police state.”

“It’s a strange dictatorship, one asks how far they will go with this law,” said one marcher in the northern city of Lille, who identified himself only by his first name, Francois. “If this is the case in the country of the rights of man and freedom, then I’m ashamed to be French!”

Police arrested 75 people across the country, 24  in Paris, said Interior Minister Gerard Darmanin, while 12 police officers and paramilitary officers were injured in clashes.

Several incidents of “disproportionate” police responses fuelled protesters’ anger, such as police actions when they broke up an illegal New Year’s rave in Brittany, which attracted some 2,400 people.

Footage of white policemen beating an unarmed Black music producer in his Paris studio on November 21, 2020, also amplified anger over the legislation, condemned by many as signalling a lurch towards the right by President Emmanuel Macron.

Other recent incidents caught on camera include the violent tear-down of a refugee campy in the iconic Place de la République by Paris police in November last year. 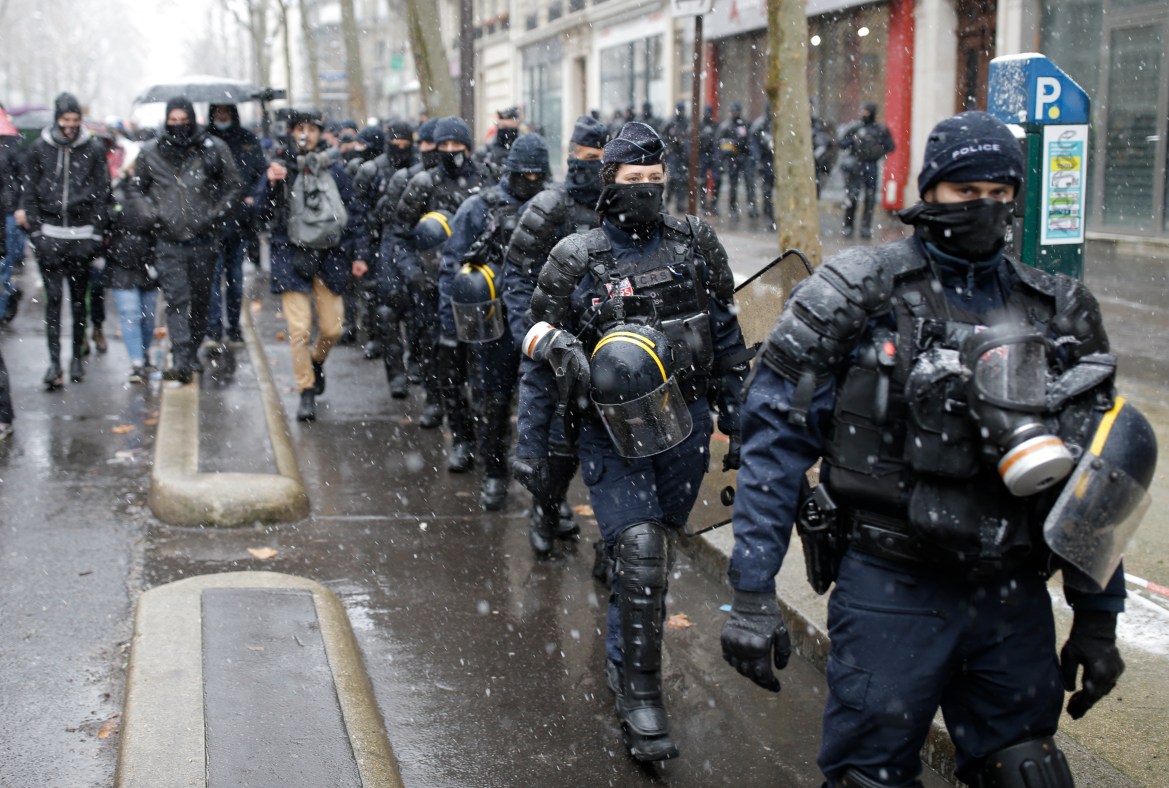 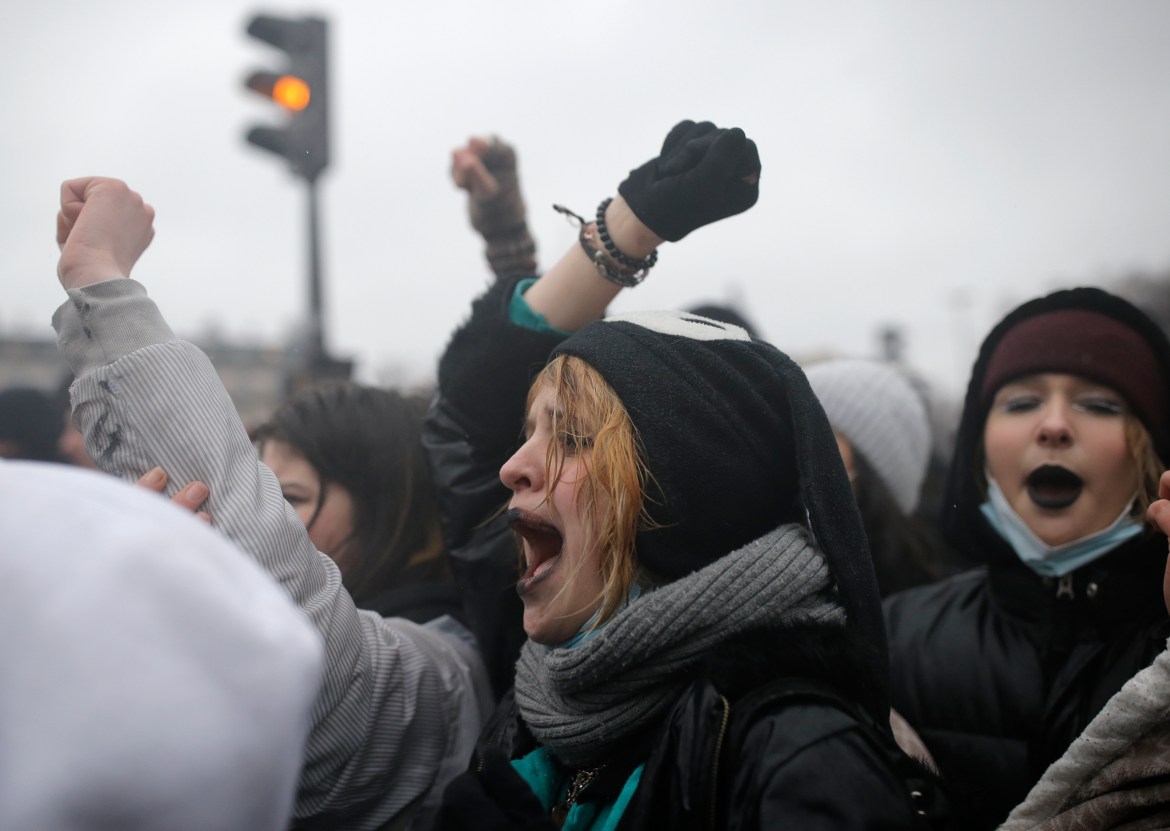 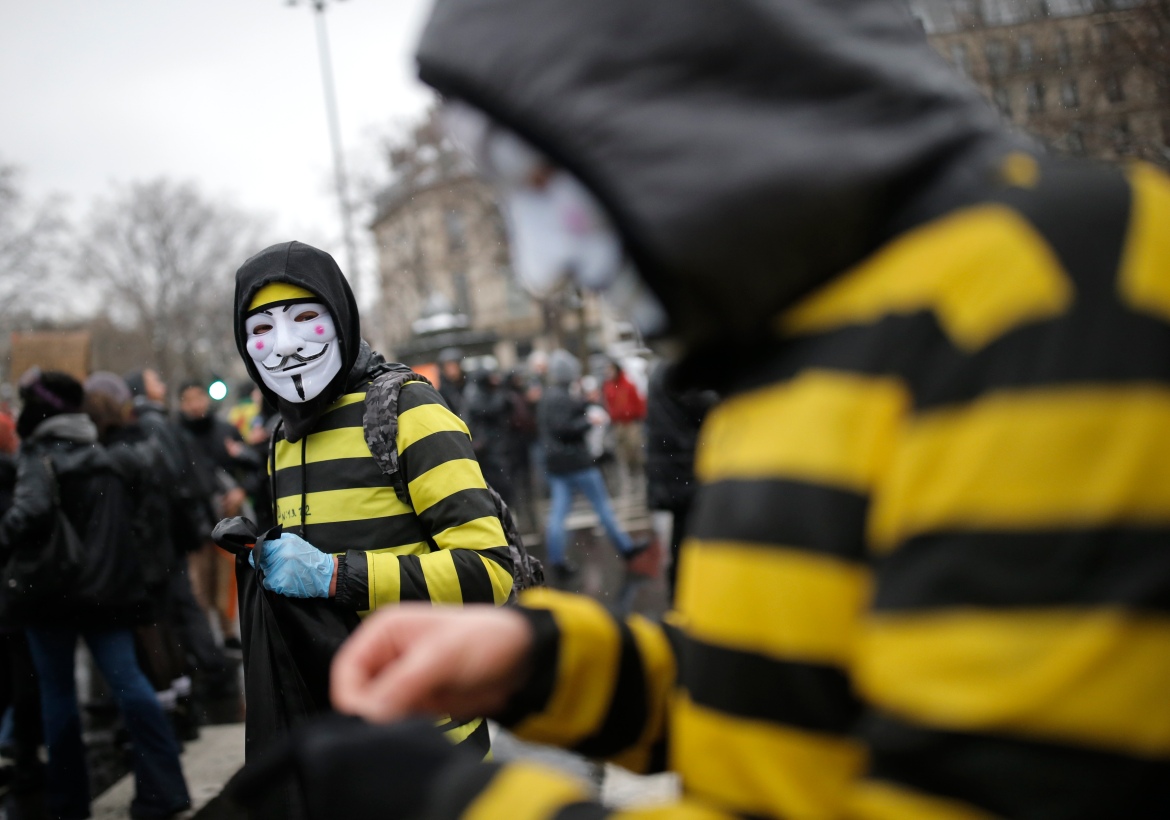 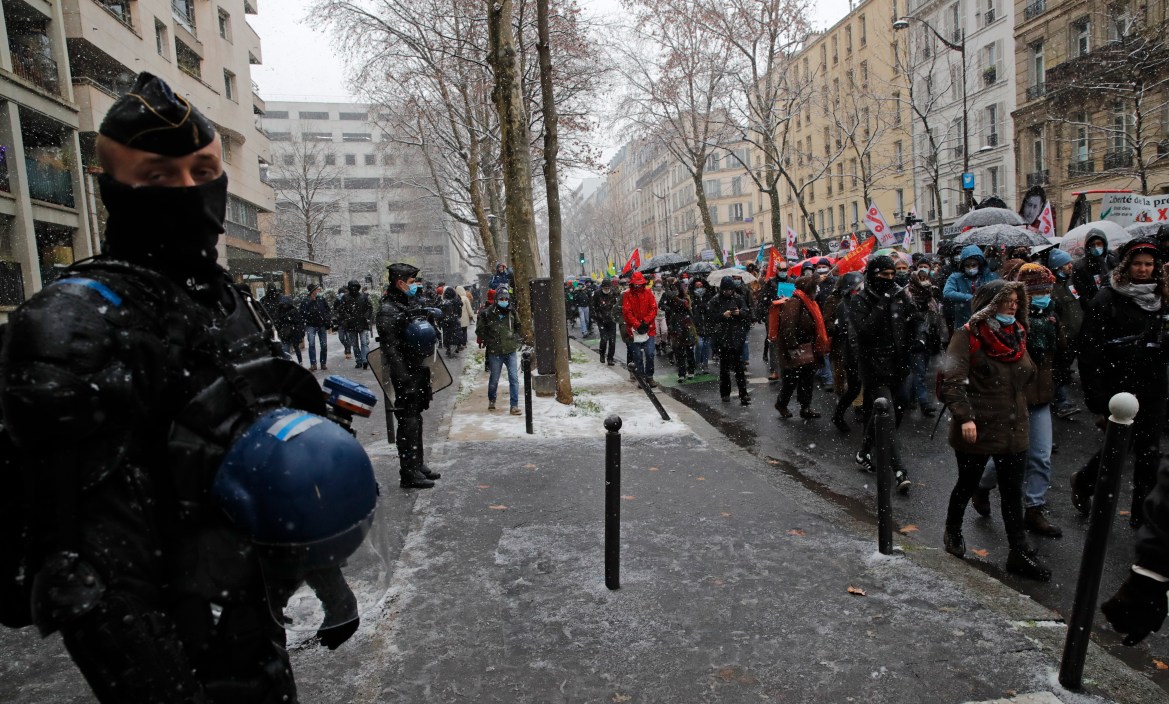 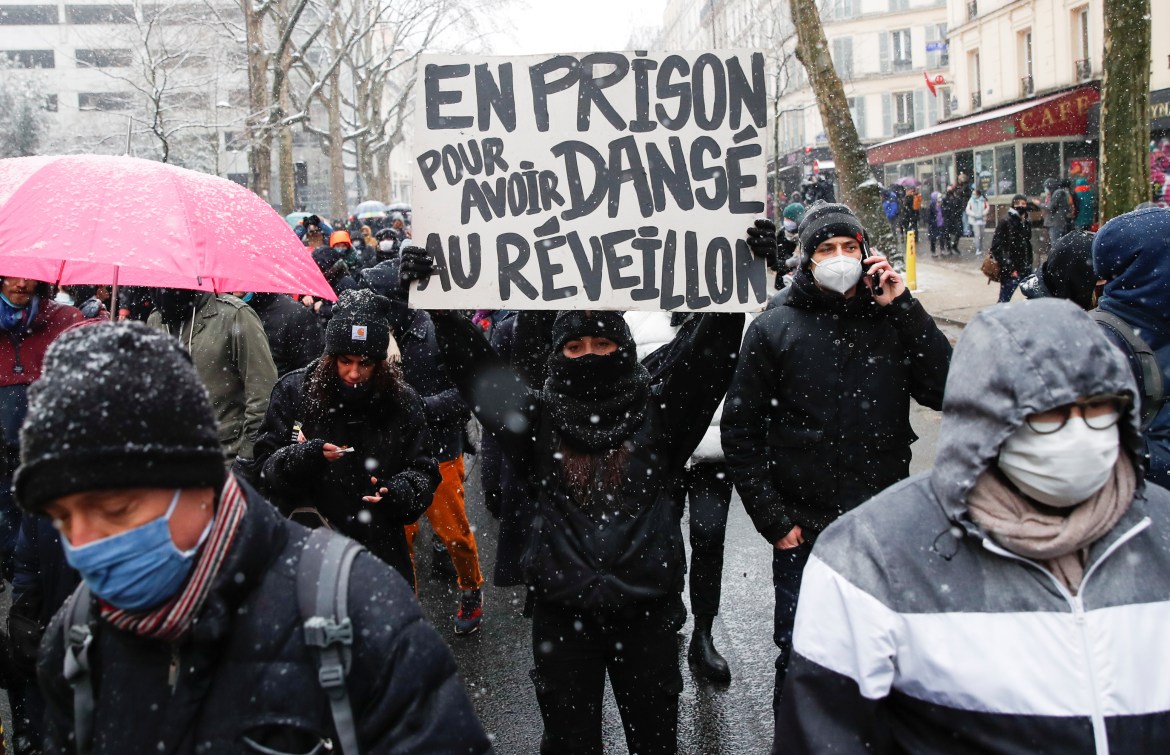 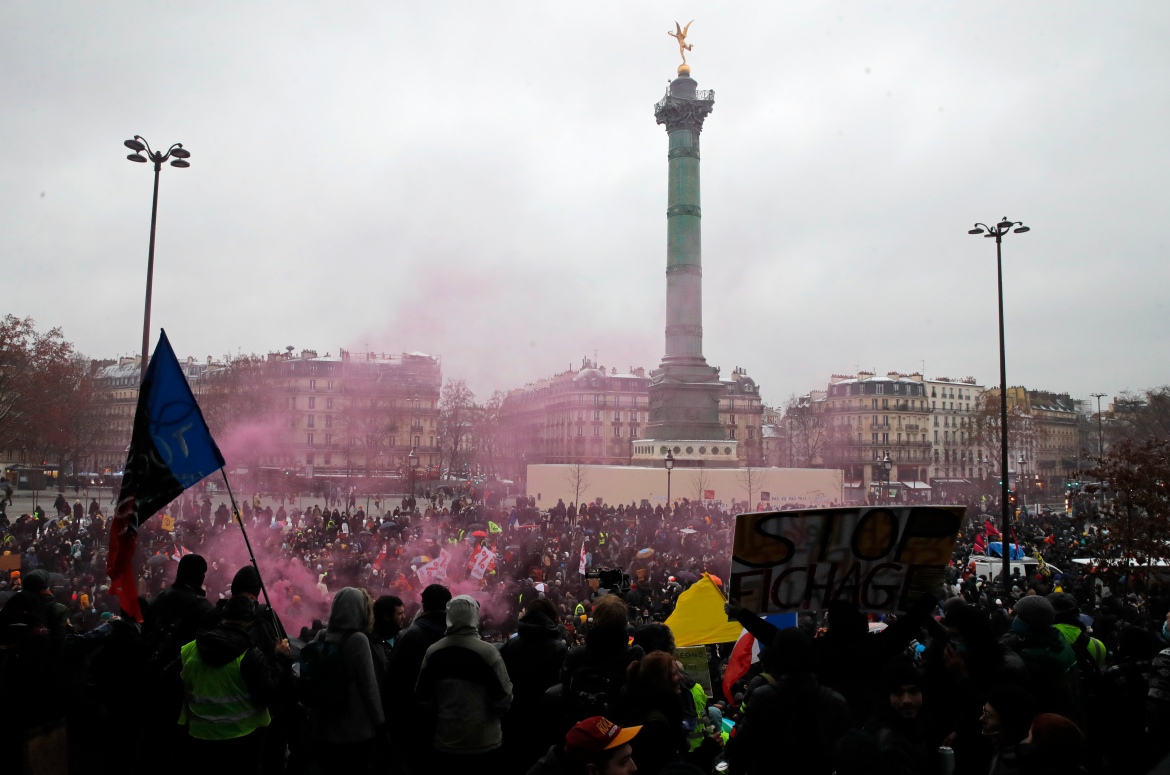